How Can I Pay And Get Paid At Online Casinos?

How to Stop a Bad Spending Habit

How to Calculate Your Available Amount

Clean Spring in Your Personal Finances

Save Money With a Good Overview

You are almost certain to have spending habits that you have repeatedly promised yourself that you will break. The good news is that if you understand the psychological mechanism that is at the root of your terrible consumer goods, you can break them.

A habit is initiated by a trigger, which is a scenario that signals to your brain that it should delegate control to the autopilot and from which habit the autopilot should cruise. After that, the autopilot continues with its routine. The routine can take the form of a physical act, a thought, or an emotional response. The autopilot eventually guides you to the reward, which causes your brain to recall that this habit loop is one that should be remembered in the future, and which gives you the desire to continue the habit. The more times you repeat the loop, the trigger – routine – reward, the more deeply embedded this habit loop becomes in your brain’s neural pathways.

Take, for example, a habit that everyone is familiar with and that many people wish to break – the desire to smoke. In other cases, such as when a smoker is under time constraints or when it is morning, pressure or the passage of time functions as a trigger, setting the routine in action and causing the smoker to light and inhale the cigarette, so rewarding his or her brain and satisfying the craving. This is how the habit repeats itself over and over again.

To be able to change spending behavior, you must first understand the entire habit loop that, for example, causes you to feel the impulse to go shopping or order takeout. Then you can start thinking about how you can replace your loads with new habits and rewards to make your life easier.

Consider the following scenario: you have a poor habit of purchasing goods you cannot afford. You come across a fantastic deal online or a pair of shoes in a showcase that you simply must have. You are well aware that if you succumb to your shopping impulse, you will incur an inconvenient overdraft on your account. It feels great while you’re waiting for the thing to arrive in the mail or walking around with the bag in your hand, but after a while, you start to feel horrible about yourself since you didn’t have enough willpower.

What methods do you use to break your bad spending habits? First and foremost, you must become well acquainted with your consuming habits. Therefore, you will need to keep a close eye on yourself when it comes to the three aspects of the habit loop mentioned above.

Usually, the routine part of your habit is easier to become aware of because the routine part of your habit is the behavior you simply want to change, such as when you make an impulse purchase without having the money to pay for it. It’s standard procedure in that situation: when you see something you like, you pull out your wallet and make the purchase without thinking twice.

An urge is satisfied by a reward. As a result, rewards are extraordinarily effective at influencing and driving human behavior. Despite this, we are not always conscious of the desire for a reward that drives our conduct. The reward linked with your impulse purchase may simply be the item you purchased, but it might also be the social prestige associated with owning the item, as well as the opportunity to spend time with people while you are out shopping. Perhaps you require a break from your normal routine, or perhaps you require a sense of accomplishment.

Next time you have a strong want to spend money, try switching up your routine so that you receive a different incentive. Instead of exploring buying websites, try to discover another site that can inspire or entertain you as a substitute. If you want to meet with someone in the city, where you could be lured by shops, make an appointment for you to meet discreetly instead. Instead of heading to the local center, take a walk about the neighborhood.

In order to determine which urge for reward truly motivates your spending habit and which urge for reward does not, it is critical that you intentionally choose an alternative conduct in lieu of purchasing. Is it simply the act of purchasing goods that governs you? Is it ennui, or is it something else? Is there a skip action? Socializing? Another option is to find something else that encourages your conduct. And do you have any other options for satisfying that need besides spending money?

Consider asking yourself, a quarter of an hour later, if you still require the incentive after each time you attempted to act differently. If you still have a strong want to shop after 15 minutes of watching hilarious YouTube videos, it’s likely that you are motivated by a need for entertainment rather than a desire to save money. However, if, after spending some time with your friends, you have lost the need to shop, you may have discovered the true reward you were looking for, which is social interaction.

Because you are constantly inundated with impressions throughout the day, it might be difficult to pinpoint the source of a habit. Is it possible that boredom was the catalyst? Do you want to skip action? Are you in a bad mood? When investigating your bad habit, consider asking yourself the following questions to see if you can identify a pattern that will help you identify the trigger for your bad habit and so break the cycle.

After That, Devise a Fighting Strategy

As soon as you have mastered all three components of your habit loop – the incentives you require, the trigger for your routine, and the routine itself – you will be prepared to begin changing your behavior patterns.

By altering your daily routine, you can influence your behavior. When you learn you genuinely (also) need something, you act in a different way to receive the reward you have discovered that you need.

You must devise a strategy, a new habit loop, that your brain can follow and that the autopilot can learn from and obey. Consequently, sketch up a precise strategy.

Make an effort to remind yourself of the new habit so that you don’t forget it. An alarm can be set to sound if the tingling in your fingers begins at a specific time and location. Another option is to wear a bracelet to serve as a continual reminder that you must adopt a new routine rather than your old one. 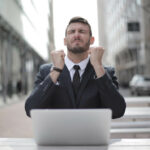 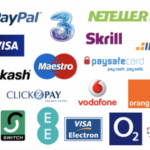